It’s what you don’t see that hurts the home 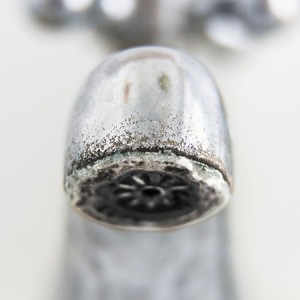 A home is most likely one of the biggest purchases you’ll ever make, so it’s no surprise you want to keep everything in it running smoothly. But if you’re like 85% of homeowners in the U.S, there’s a silent culprit impacting every area of your abode: hard water. While some signs of hard water are obvious, it’s what you can’t see that’s even more harmful.

The harder your water is, the more minerals are present that can leech onto the insides of your pipes throughout your home. While hard water build-up can occur in all pipes, it is more common in pipes that carry hot water. Eventually, the increased presence of scale begins to constrict the opening in your pipes, reducing the flow and water pressure at fixtures like your showerhead and faucets. In extreme cases, the scale can completely block your pipes and cause them to burst due to pressure buildup. Because you can’t look inside your pipes very easily, this silent problem often goes untreated for many years and only makes itself known when a major (and costly) issue arises.

Hard water also contributes to inefficient operation of your major water-using appliances, including the water heater, dishwasher and refrigerator. The pipes and valves within these appliances can also become clogged with scale, reducing water flow or causing leaks, resulting in potentially expensive part replacements. This can amount to a 30% to 50% decrease in the lifespan of major appliances due to the extreme wear and tear, as well as increased maintenance needs. Additionally, scale buildup can increase energy bills by up to 29% by reducing the efficiency of your water heater and other appliances, making them work twice as hard to do their jobs.

During the water softening process, tiny resin beads act as a sponge, absorbing the hardness minerals from your water. This simple process keeps your water from transporting these minerals throughout your house, keeping pipes and appliances clean. Every house has its own specific needs, so the best place to start is by finding the best softening solution for your home. The right water softener will ensure your pipes, appliances and home stay in top working order.

Take the next step:

You can find water softeners at: